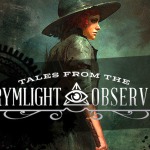 Ok, this may be a stretch, so bear with me…

I find writing, the structural part of writing, a lot like designing a good euro-style strategy board game. For those who know me, or taken a look at some of the other pages off the main of my blog, you may be aware of my work in the board game industry.

The definition of “euro-style” is applied to style of strategy board games that rose to popularity in Europe late 1990s that prefers indirect over direct conflict and has very low level of luck.  It has seen a huge growth here in the hobby game market, particularly with the last 15-20 years, more so recently with the emergence of Kickstarter.

Applied to writing, I see the interaction between the characters much the same way.  Each character has goals and needs to overcome challenges.  I think it makes the story better when in the process of achieving an individual character’s goals, they are creating the challenges for the other characters.  Sure, challenges can come from the setting or the plot, much the same way a game can throw other obstacles at a player to overcome, but it really the interaction between the characters, much as in boardgames, that make it more interesting.

Again, hats off to Michael Stackpole who introduced me to character interaction in his character driven “21 Days to a Novel” methodology.

This site uses Akismet to reduce spam. Learn how your comment data is processed.